As each celeb stepped in front of the throngs of photographers feverishly snapping away, hoping for the right moment to catch that “perfect” shot of today’s hot n’ happenin’ celebs, HKI compiled mental notes of the Oscars 2013 best dressed celebs this weekend.

Surprisingly, Halle Berry has had a few missteps this award season, but she rebounded in sleek Versace style at this years show among shows. One of my readers, Michelle G. said, “Seriously, hands down my favorite dress, [but] I want to fuss with her hair though” and I’m of the same thinking…Ms. B could stand a little mussing with the hair, but aside from that she still gets top honors from HKI.

As expected, Kerry Washington looked pretty as she represented the Django Unchained crew in a red Miu Miu gown with a beaded bodice that was simply stunning. The problem: she’s made better and more memorable statements at other shows and movie premiere’s this year. Maybe I’m just really hard to please.

Jennifer Hudson is having a ball dressing her slimmed-down physique and she showed it off perfectly in a Roberto Cavalli Couture sparkling navy blue dress with a thigh-high slit to match. Ok diva.

[Designers seem to only design for twig figures, meanwhile Tadashi Shoji knows how to dress my body], said Octavia Spencer to a reporter outside of the Governor’s party Sunday night. Who can argue with fact, Tadashi created a one-shoulder, tulle fantasy of a gown that cinched Octavia’s waist seamlessly to perfection.

Beyonce who? Solange Knowles has proven herself worthy of her “It” girl title. She wowed us yet again at the Vanity Fair Oscars after party in a can’t-miss, canary yellow Pucci gown. You betta go girl.

While Zoe Saldana‘s pale grey Alexis Mabille dress, albeit unconventional had everyone talking, it failed to impress moi, however, she improved on that hiccup by switching into a black Givenchy frock for the Vanity Fair party.
[polldaddy poll=6923704]

Summer Fragrances That Fit Your Personality

Rihanna Crushes It With Her Newest Fragrance

Spring Beauty Must Haves for 2013 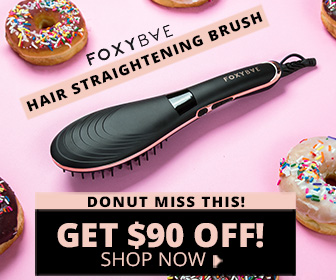