According to makeup artist, Nick Barose, “Blue [mascara] is actually a neutral to me because it’s the color of the sea and sky.” It’s no secret that Nick loves the color because he put it on  Lupita Nyong’o  at the 2019 Golden Globes. For some of you this trend probably won’t past muster, but for everyone else it adds another layer of drama to your eye makeup.

COVERGIRL’s Best-Selling Exhibitionist Mascara added True Blue to their mascara collection – an ultra-wearable shade like the ones seen on celebs up and down the red carpet during awards season. It provides up to 10x more volume than bare lashes alone, and its a buildable, smudge-proof formula that glides on smoothly as it coats each lash for intense volume. Additionally, COVERGIRL added COVERGIRL’s Exhibitionist Mascara Primer to the lineup to help prep your lashes for the ultimate look and provides an instant lash boost as it lengthens and thickens.  This mascara primer is a lightweight, creamy formula made with biotin to help strengthen, and maracuja oil and argan oil to help nourish and condition every lash.

Why You’ll Love It

For years I wore Lancome Defiinicils Mascara in Blue because it was just so damn pretty! From the brush that separated every lash, to the bright royal blue it would deposit. With Exhibitionist I think I’m back on the blue mascara train in a huge. The color is electric and is even more pronounced when used with the Mascara Primer. My lashes stay soft, never brittle and lasts for hours. I. Am. A. Fan.

Bring On The Color With Neon Makeup

Spend for a Cause During Breast Cancer Month

Summer Body Care Products Alert! What To Use

Beauty expert, licensed skin care therapist and beauty copywriter for major beauty brands - Gregorie Guillaume is the Blogger-in-Chief and Beauty Editor. She gives fellow lovers of beauty, information on what’s hot in makeup, skin, hair and body care with a bit of fashion talk. HueKnewIt.com is on the pulse of it’s users’ beauty rituals that top their priority lists. 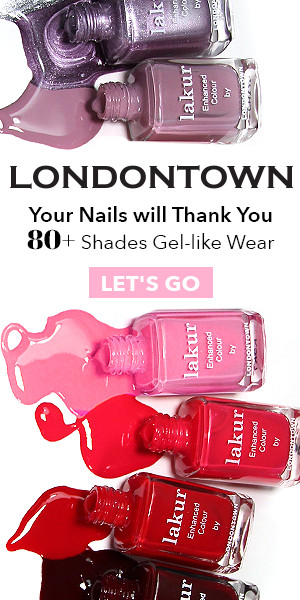